Messages from the Ocean

From melting glaciers to increasingly intense weather patterns, we know climate change has already had an impact on life on this planet. What some of us may not know, is that the Maldives is one of the first regions to face the consequences of our unprecedented, excessive emission of greenhouse gases. The predicted sea level rise could submerge the archipelago and make its people environmental refugees within the next 50 years. 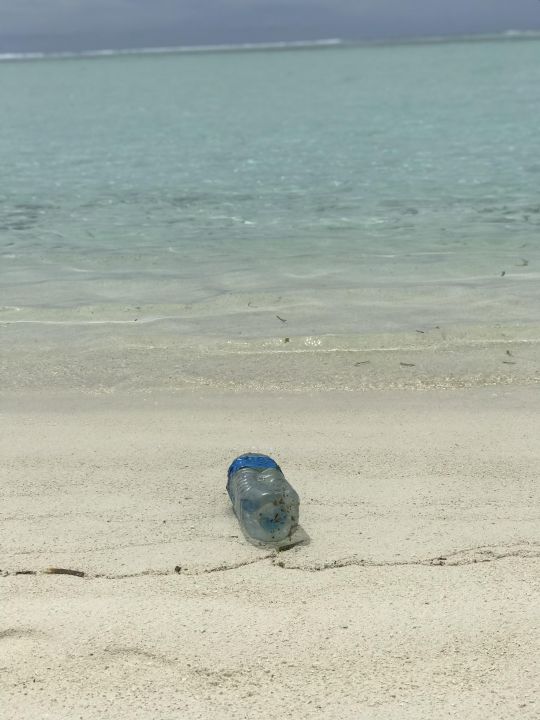 The locals I spoke with remain extraordinarily passionate and positive, despite knowing each island, which by the way has its own unique micro-climate and ancestry could potentially disappear forever.

When I asked them what contingency plan was in place for them, they seemed hopeful of reassurance from the UK and Australia giving them a place to resettle. However, living in what is the epitome of natural beauty means this would be their last choice to have to leave.

Their innocence and trust in the promises of support is endearing, but I can’t help feeling my heart sink. It was not my place to share or dampen their spirits with my own opinions that the rest of the world does not appear quite so kind to those people who have had to leave their homes because it’s no longer safe or simply impossible to live in.

The last fifty years or so, we have inflicted more damage than ever towards climate change. As a supposedly intelligent species, surely we can spend the next 50 years trying our hardest to reverse what is not irreversible for our next generation.

It’s so easy to disconnect from what is happening and go back to our phones, laptops, TVs, and distractions and pretend this isn’t really happening or part of our problem, but it is and the next generation will be massively affected by it if we do not ‘feel’ it and collectively take action now. We need to change our belief systems of what happiness and success is in life instead of promoting a monetary driven culture with greedy conglomerates and ‘get rich quick’ schemes. What we need is more marine biologists, conservationists, teachers, scientists, environmentalists working together to put things right. If Louis grows up aspiring to do any of these careers, I will be right behind him, and if he doesn’t, I will encourage him to support them.

Desire for external measurements of success in this society and approval doesn’t make us happier, it just simply distances us from the magical phenomena of nature and the lessons that have been taught since time immemorable. We are fools to ever think we can do this without nature’s help. One day the human race will disappear and if we choose to continue in this ‘what can I do, not my problem’ attitude, it will be sooner than we think and nature will pick up and continue once we are out of the way.

I have been so inspired by the community at Gili and the marine biology team working passionately to reduce the carbon footprint and nurturing new growth of seagrass beds and coral reefs. Amazingly, sea grass can produce 10 litres of oxygen per 1m2 every day through photosynthesis and these underwater meadows are a fantastic carbon sink to sequester carbon dioxide. To help slow the effects of ocean acidification created by global warming, the resort is re-growing their sea grass beds to a larger size. Coral reefs are also an excellent producer of life and oxygen and they have a coral rehabilitation project which hopes to increase the health of their house reef by growing and transplanting coral. The team currently has 10,000 coral fragments growing in their nursery and soon the largest coral colonies will be attached to the reef.

Everyone’s plastics are part of the problem. Don’t think your bottle doesn’t end up on a beach like this. It’s really shocking to see the amount of plastic that drifts in from the oceans and lands here. It is not time for blame. It is time for responsibility and action.

Refilling our water bottles, reducing packaging, we all have a part to play and every little helps our oceans which let’s face it we need to keep her healthy for oxygen to breathe! Again, as we distance ourselves the more we neglect and forget our lessons from nature. As the plastic harms the marine life in several ways, the amount of rubbish in the seas also pollutes the oceanic waters. Toxic substances such as Bisphenol A, which has been found commonly in many plastic commodities, pollutes the water badly. Since Bisphenol A doesn’t get diluted in water, the debris uses oxygen as it degrades, resulting in the low level of oxygen in the waters. As oxygen levels go down, it badly affects the survival of marine life. Gili’s Marine Biology team have been working hard to raise awareness about the harmful effects of ocean plastic with examples such as a Stand-Up Paddle event that took place to raise awareness about the overuse of single-use plastic. During the three hour paddle, a team of Gili’s staff collected floating litter. They also visit the local schools and communities by educating the school children and their parents about how to recycle plastic and why. The project has grown and six months on all plastic is recycled and they try to make this a plastic free zone as much as possible right now.

I write this because I worry about my son and his future and every other child that will be affected. There will come a day when he will realise that we all knew what was happening but we chose to largely ignore it even though the internet and every other source out there is easily accessible to see what is happening.

I’ve witnessed nature at her best here and felt my soul has been kissed by the ocean. I’ve swam with sharks, dolphins, rays, octopus, turtles, bioluminescent phytoplankton, and a whole rainbow and variety of fishes. I want his children to be able to witness and experience this as well. We choose to look up to the skies, moon and stars for a glimpse or hope of what might be heaven and wonder if there is another planet out there for us the live on if this all f*cks up. We have a whole other world going on here in the ocean that is heaven and so much that we haven’t even yet discovered. Why would we want to keep throwing rubbish into it when it is a major part of this ecosystem that is our home. I feel it’s so symbolic to how many of us behave towards ourselves by putting rubbish (be it thoughts or what we devour) into our own bodies and then feeling unhappy if we don’t feel well. I am not preaching just observing as I am guilty of being part of this process that we are in right now. But I truly believe we come into this world wired to be connected and along the lines we have become more disconnected and it’s time to wake up and plug back in before it’s too late.